Zagreb is open to all judokas / IJF.org

It’s a good idea to arrive at an opening ceremony with live music and the participants of the Zagreb Grand Prix were treated to that, with the Croatian national anthem and the IJF anthem to begin with, the first performed by Mr. Marko Tolja.

President of the Croatian Judo Federation and member of the IJF Executive Committee, Dr Sanda Čorak, was delighted to be able to present the most prestigious event of her federation: “Dear friends and family of judo, competitors and distinguished guests , welcome to Croatia and Zagreb. This is again an opportunity for our federation to show and express our hospitality. Having over 500 competitors and over 60 countries here shows great strength. Thank you to all the sponsors for helping us facilitate all that is needed for the highest level of event. It’s a chance to show that our values ​​can be at the heart of our concerns.

The Deputy Mayor of the City of Zagreb, Dr Luka Korlaet, then spoke happily about his experience in judo: “It is the most beautiful and prestigious arena in Zagreb and only first-rate events can take place here. The numbers say it all, proving that this is the best tournament and I’m so happy to have you all here, to greet you on behalf of our mayor.

I’m especially happy to be involved because my son is into judo and one of my favorite photos is of him throwing an o-goshi here in this arena as a young child. Today we will have many more great memorable photos taken here.

The deputy mayor of Zagreb offered a warm welcome

The Vice-President of the International Judo Federation, Dr Laszlo Toth, then took the floor: “President Sanda and members of the IJF committee, dear ladies and gentlemen, first of all I would like to address a special thank you to the from Mr. Vizer to the Croatian government and the city for hosting the 2022 grand prix. Special thanks to the IJF team and thank you for your continued attention. We hope that all of you, everyone, will enjoy this competition.

The last guest of the opening ceremony was the envoy of the Prime Minister of the Republic of Croatia, Croatian Deputy Prime Minister and Minister of Croatian Veterans Affairs, Mr. Tomo Medved. “Respected representatives of the IJF, the European Judo Union and the Croatian Judo Federation, competitors and spectators, I have the honor to greet you on behalf of the Prime Minister and myself at the opening of the Judo Grand Prix Zagreb 2022. We are proud that for the ninth time we have the opportunity to see the best judokas in the world here in Zagreb. 503 competitors from 69 countries are fighting for Olympic points on the way to Paris.

It should be emphasized that this is the second edition of the first ecologically sustainable sports event in the Republic of Croatia, as an example of good practice for other tournaments and sports. Croatia is represented by world champion Barbara Matic as well as medalists from the Mediterranean Games. Judo is one of the ten most developed sports in the world. Moreover, judo in Croatia has a long intertwined history of success in national and international arenas.

In its original form, Judo is a martial sport that unites body and mind, an important factor for a better and healthier life for children and all our citizens, which promotes the best human virtues. I wish fair play and good results to all competitors and judokas from other countries so that they feel comfortable here in Croatia. I declare the Grand Prix Zagreb 2022 open. 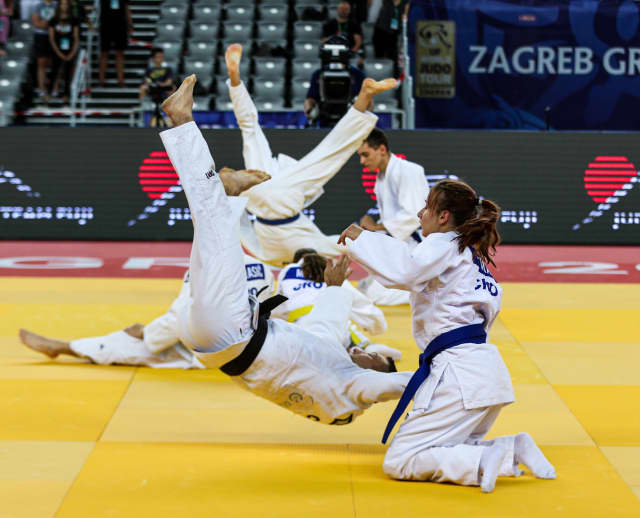 Following the speeches, the members of Fuji, the judo club for people with disabilities, gave a demonstration of adapted judo to music, which was very well received by all the spectators. This led directly to another love music performed by Mr. Marko Tolja. 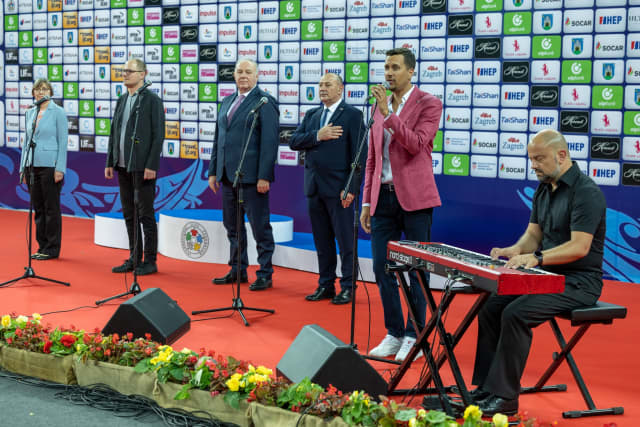 The opening ceremony was the second engagement for judo-related government and mayor officials this weekend, as a special reception was held at the Croatian Prime Minister’s office in Zagreb on July 15, to congratulate the federation of judo for their hard work and to offer full support to the organization of the Cadet World Championships in Zagreb in 2023. 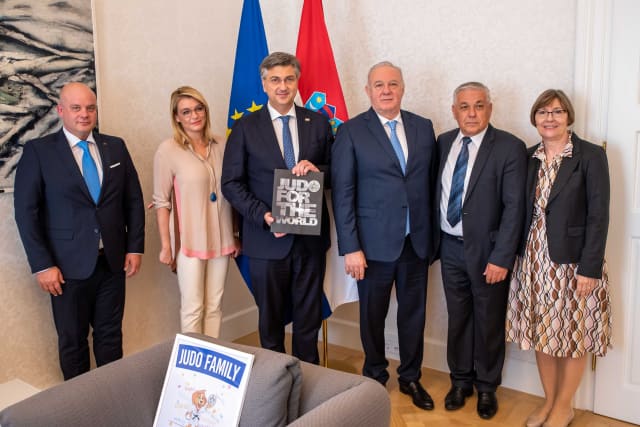 Three new hotels in Hvar that will ...