Details of Croatia’s biggest sporting event to date and one of the most-watched sporting events in the world have been revealed. The event will take place in five Croatian counties from April 21 to 24, 2022. The WRC Croatia Rally team has been busy waiting with great emotion for the best drivers in the world and a record number of spectators.

ZAGREB, February 26, 2022 – On the occasion of the start of the signing of the WRC Croatia Rally 2022, a press conference was held at the National and University Library in Zagreb.

Speeches were given by Daniel Šaškin, event host and chairman of the WRC Rally Croatia Organizing Committee; Tomislav Družak, State Secretary at the Ministry of Tourism and Sports and emissary of Croatian Prime Minister Andrej Plenković; Milan Čolić, deputy director of the office of education, sports and youth of the city of Zagreb; Tomislav Josip Mlinarić, Dean of the Faculty of Transport and Traffic Sciences and Davorin Štetner, President of the Croatian Car and Karting Federation

WRC Rally Sweden is currently underway and will conclude on Sunday, after which all eyes will be on Croatia. Given that this year is not like the last where the pandemic has considerably limited travel, competitions and gatherings, the organizers are counting on a hundred registered crews. The particularity of this year’s competition is the presence of the public. In addition to free viewing along the routes of the special stages, as is customary, the organizers invite spectators this year to visit specially equipped Fan zones, where a rich offer of catering and entertainment will await them.

Daniel Šaškin, Chairman of the WRC Croatia Rally Organizing Committee said: “We are extremely happy and proud to bring this spectacle back to Croatia with the support of the government of the Republic of Croatia, the city of Zagreb, the counties, the sponsors and all other partners. It is one of the greatest victories and recognitions in Croatian motorsport. Getting the WRC is a huge success in itself but keeping him and signing a three-year contract is proof that we are serious and that last year’s edition of the WRC was organized at a very high level.

A special thank you not only to everyone who helped organize the WRC last year, but also to those who are with us this year, more than 2000 of them, including 500 volunteers. In terms of organization, it is a very demanding sporting event which will take place in public for the first time. We are expecting an impressive 350,000 spectators, so we urge visitors to take care of the environment and reduce traffic congestion by carpooling to the venue.

This year we are preparing many surprises and rich content for thrill seekers, both along the tracks and in the Fan Zones. Tickets for the Platak Fan Zone are already on presale. The fan zones offer a complete experience because in addition to offering the most attractive passages of the stars of the rally, they also offer visitors a rich catering offer and entertainment throughout the day.

The largest fan zone will be located at the Zagreb Fair (Zagrebacki Velesajam) and it will be the first to open, starting Tuesday, April 19. Visitors will be able to see the service areas of the best competitors, buy souvenirs from Rally Croatia, the best teams and the WRC, test their skills on the simulators and enjoy the catering offer and performances by rock artists. famous. 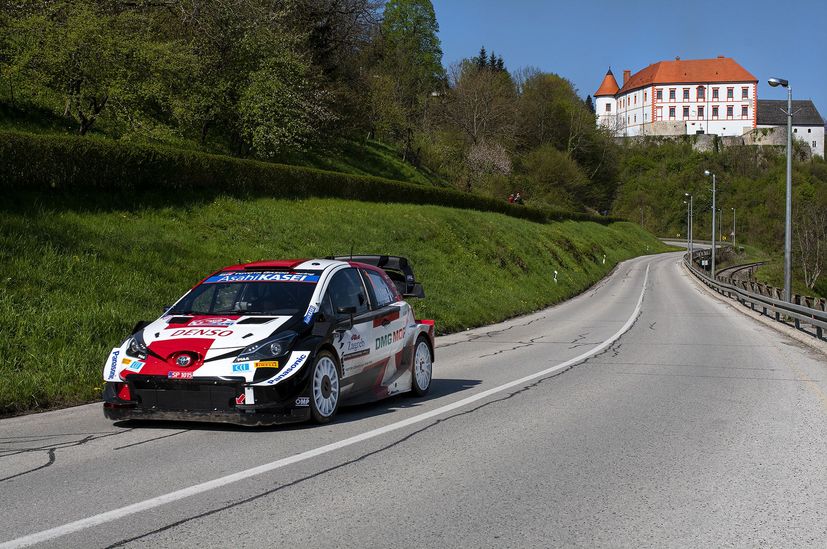 The collaboration between the WRC and the Faculty of Transport and Traffic Sciences continues for the second consecutive year. For the first time, the public will be present at this organizationally demanding sports competition, which represents a much greater challenge for everyone involved in its organization. Tomislav Josip Mlinarić, Dean of the Faculty of Transport and Traffic Sciences, said: “As in terms of logistics and organization this is an extremely demanding sporting event, we are very happy to be partners of the WRC Croatia Rally and recognize that it is an opportunity and a challenge for our experts to be involved in its organization for the second consecutive year.

The Faculty of Transport and Traffic Sciences will provide professional assistance in terms of traffic management and logistical support during the Croatia WRC Rally, while setting up a safety driving simulator in the service park of the Zagreb Fair (Zagrebacki Velesajam) we will raise awareness of the importance of responsible behavior in traffic.

“The WRC Croatia Rally is extremely important for Croatia from an economic point of view. This is one of the greatest sporting competitions in our country’s history, and we expect near-full occupancy of accommodation establishments and attracting high-end visitors. With such events, we take the right steps forward and Croatia receives international promotion measured in millions of euros.

At the same time, we popularize motorsport and expect positive effects while attracting new people to our sport. We got off to a good start last year, but we still have to demonstrate that we can back up the excellent evaluation we received. I proudly point out that this race is also a Croatian product because it was almost entirely organized by Croatian sportsmen and enthusiasts,” says Davorin Štetner, President of the Croatian Car and Karting Federation. 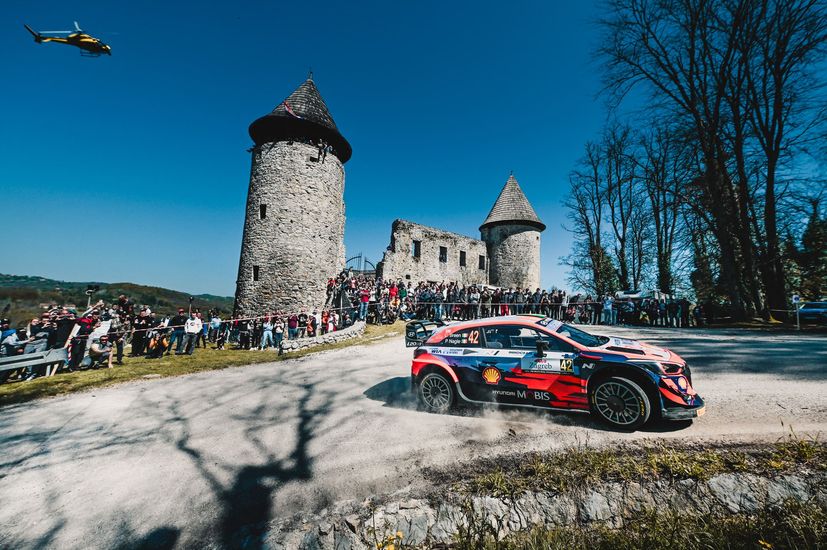 The city of Zagreb has been contributing to motorsport for years and is once again supporting the organization of the Croatian WRC Rally. “The arrival of the WRC Croatia Rally in Zagreb for the second consecutive year is a confirmation of the race organized successfully last year.

We invite all citizens of Zagreb and its guests to visit the races and experience the best rally drivers in the world on the streets of the city. The City of Zagreb has provided attractive locations at the city fountains for the start of the race and in the Zagreb Fair Service Park for all motorsport fans to enjoy,” says Milan Čolić, Director deputy of the office of education of the city of Zagreb. .

“The Ministry of Tourism and Sports has recognized the importance of this event which goes beyond sport and has been providing support from the very beginning. The exceptional organization of last year’s edition was also recognized by the FIA, allowing us and motorsport fans to once again see the best rally drivers compete in Croatia while the images of our handsome countries will go around the world again. 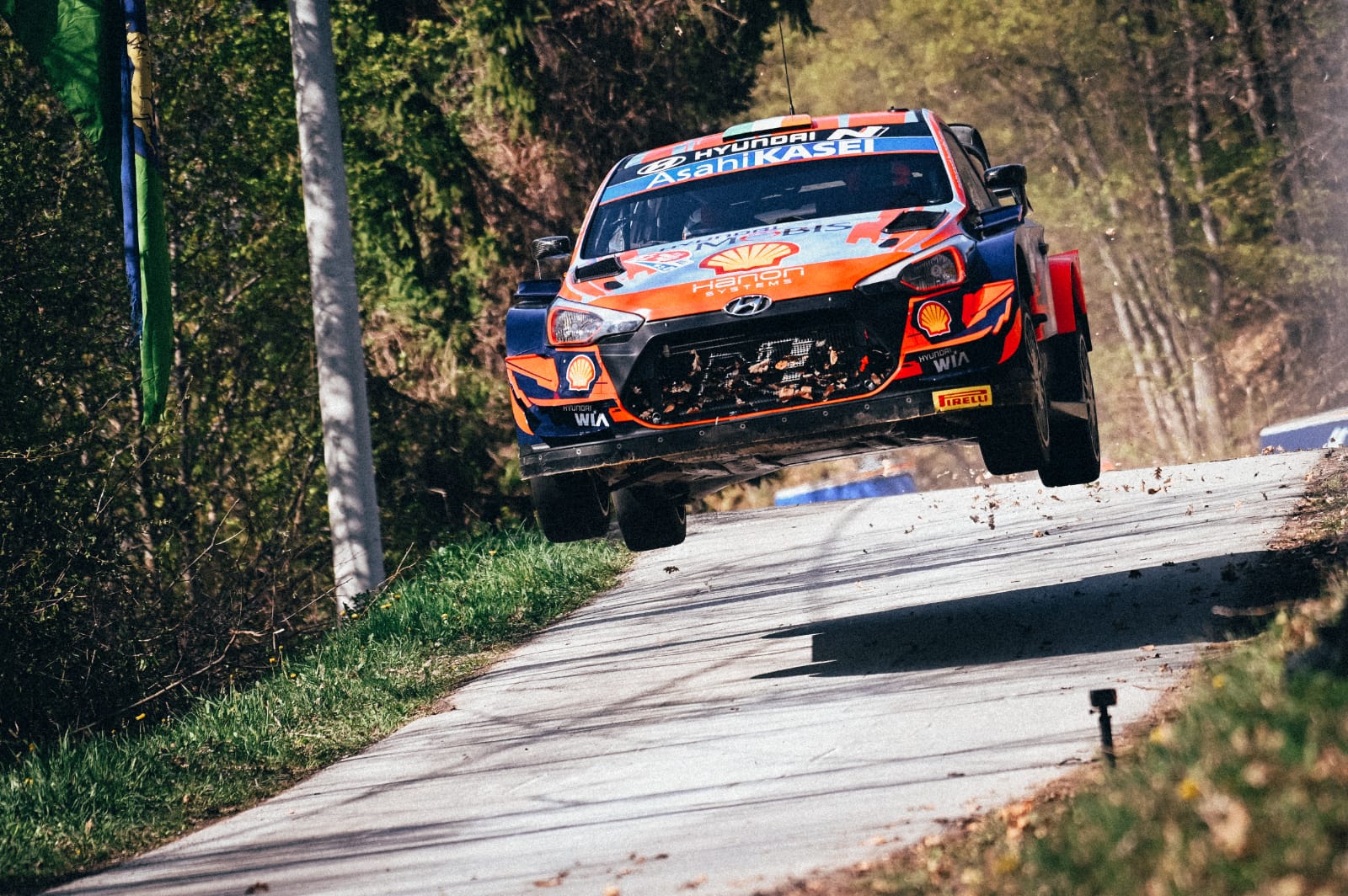 The WRC Croatia Rally will take place from April 21-24 over 20 attractive special stages across five Croatian counties – Zagreb County, Karlovac County, Krapina-Zagorje County, Primorje-Gorski Kotar County and Varaždin County; while the ceremonial start, finish line and service park, where a rich program is planned, will be located in Zagreb. This year, a record number of spectators is expected at one of the biggest sporting events in the country. Indeed, according to the forecasts of the organizer, the event will be attended by more than 350,000 people in areas reserved for fans and along the tracks, arriving from Europe and many countries of the world.

Visitors will also be able to discover the revolutionary new generation of Rally1 hybrid vehicles, which premiered in Monte-Carlo at the start of the season. Thanks to the excellent organization of the sporting and collateral contents of the race, including the protection of the environment, Croatia was repeatedly mentioned as refreshing and a real surprise in the WRC calendar. Thus, following the excellent evaluation of the general impression, the organizer was offered the possibility of signing a three-year contract to organize this octane show. The importance and success of this event has been recognized by the Government of the Republic of Croatia and the City of Zagreb, who have decided to co-finance the organization of the competition in 2022 and following years. 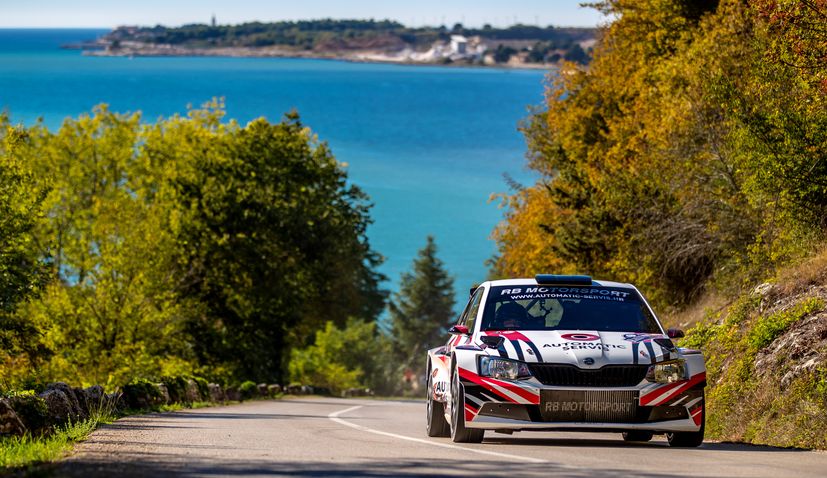 The WRC (World Rally Championship) is the world’s most popular motorsport competition alongside F1, which is regularly broadcast by more than 250 television channels and watched by around 836 million people worldwide.

After many years of competing with much richer countries, Croatia had the opportunity to organize a World Championship event for the first time in 2021, which was labeled Rally Croatia WRC and took place in Zagreb and the surrounding area in April of the same year.