The 74th edition of the Cannes film festival has ended, and today the winners of the various prizes awarded by the most prestigious film festival in the world have been announced.

Among the winners is the Croatian film ” Murina ”, directed by Antoneta Alamat Kusijanović in her first feature film, and starring Gracija Filipović, her muse, and with whom she also worked on her short film ” Into the Blue ”. who participated in the Berlinale in 2017. Gracija was accompanied by a talented cast including experienced Leon Lučev, Danica Ćurčić and Cliff Curtis.

The film had been selected for the Directors ‘Fortnight (also known as the Directors’ Fortnight), an independent selection at the Cannes Film Festival which began in 1969 by the French Directors Guild, after the previous year’s edition was canceled by events. what happened in the country in May, as a sign of solidarity with the workers who demonstrated. The section offers a wide selection of films and documentaries from all over the world. 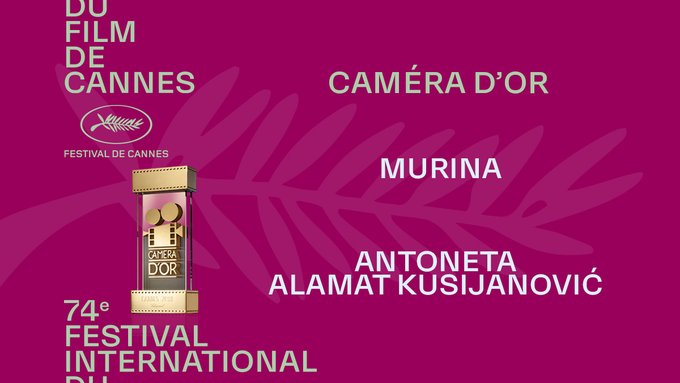 “Murina” is a drama that tells the story of Julija, a teenage girl who decides to replace her dominant father with her wealthy foreign friend during a weekend in the Adriatic islands. Indeed, among the different places chosen by the talented director born in Dubrovnik are the island of Hvar and the Kornati islands. Learn more about Antoneta and his movie “Murina” in this interview with Deadline magazine.

Congratulations to Antoneta, Gracija, and the whole team behind the production of ” Murina ”!

To know everything about filming in Croatia, in your language, do not hesitate to consult the Total Croatia page.

For more news made in Croatia, follow the dedicated TCN page.