Thousands of runners are expected to take part in the Israeli leg of what is billed as the world’s longest non-stop relay race, aimed at highlighting climate change.

“Running out of Time” will begin in Glasgow, Scotland, host of the UN Climate Conference COP26 last November, and end 38 days later, 7,200 kilometers (4,475 miles), in Sharm el- Sheikh, Egypt, which will host COP27 from November 7-18 this year.

Divided into 10 kilometer stages, the relay will see runners, cyclists and sailors working together, around the clock, to pass the baton containing a youth climate message to COP27 decision makers.

This message will be sealed inside the stick at the start of the race on September 30.

In Israel, the event is organized by the marine protection organization, EcoOcean, in collaboration with the Society for the Protection of Nature in Israel.

Cypriot sailors will hand over to Israel at Rosh Hanikra on the northern tip of the Mediterranean on November 1. Rosh Hanikra is the site of Israel’s first marine protected area.

Israel will hand it over to the Jordanian runners on November 4.

The 520 km (323 mile) Israeli leg of the relay, divided into 52 sections, will run along the coast, move inland to Ashkelon and continue to Eilat on the Red Sea, explained Arik Rosenblum, executive director from EcoOcean.

From Eilat, there will be a short crossing to Aqaba, Jordan, before the relay is given to the Egyptians.

The route will include various existing trails, such as the National North-South Trail (Shvil Israel, in Hebrew) and the Mediterranean Sea Trail. 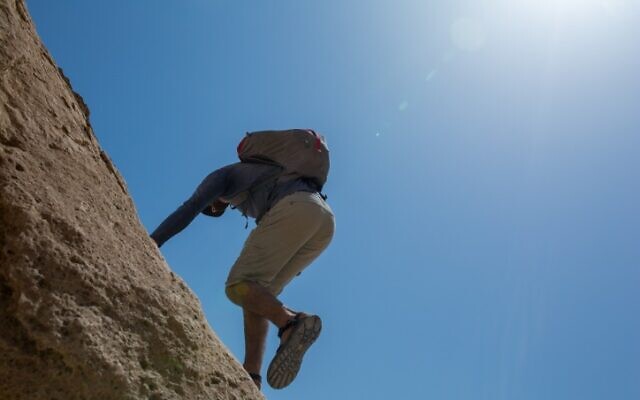 “We are the last country before the race reaches Sharm el-Sheikh, so the organizers are giving us the chance to go crazy and do lots of fun and interesting things,” Rosenblum said.

Activities are organized for each of the 52 relay stations.

Some will focus on the impact of climate change, such as rising sea levels, oil pollution and the need to protect creatures such as dolphins, sharks and sea lions. found off the coast of northern Israel). 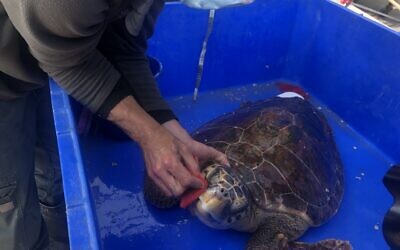 Clean up behind your ears: Tanga washes up at the National Sea Turtle Rescue Center in Michmoret, northern Israel, March 2, 2021. (Sue Surkes/Times of Israel)

Other activities will highlight organizations and initiatives designed to address climate change and protect biodiversity – such as the Sea Turtle Rescue Center – as well as examples of climate technology, such as solar fields and desalination plants.

A separate relay will be run between schools across the country, and a special education program is being designed, in collaboration with the Ministry of Education, for the entire system, from kindergarten to grade 12. . 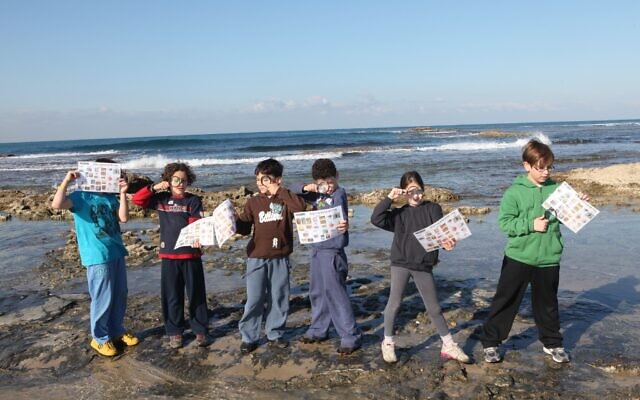 An undated handout photo of children taking part in a sea lesson on the beach in Sdot Yam, northern Israel. (EcoOcean)

Rosenblum, from Los Angeles, is also in talks with US environmental organization Hazon about a possible US relay race to coincide with the one in Glasgow.

Hazon’s annual bike ride in Israel will take place alongside the relay, from November 1-8.

Certain sections of the race, for example in the Negev desert, where November temperatures can still be high, will be reserved for experienced runners, Rosenblum said. 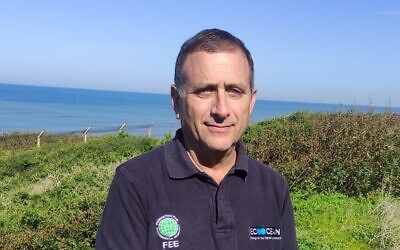 Plastic water bottles will not be distributed or permitted. In some areas, runners will have to carry water themselves.

He will cross seas, mountain ranges, glaciers and deserts.

It will also raise funds for the Foundation’s Global Forest Fund for Environmental Education and Carbon Copy.

The FEE, co-sponsor of the event, manages several programs, including Blue Flag, operated in Israel by EcoOcean.

Early bird registration is available now on the international site.

Alternatively, local registration, via EcoOcean or SPNI, will soon be available.

Welcome to the Jungle: Inside Mexico’s Groundbreaking ...