Zagreb airport saw high demand for flights from Asian markets before the coronavirus pandemic, leading Korean Air and Emirates to introduce operations in the Croatian capital in recent years, while Air Asia X was due to launch charters from Bangkok during the summer of 2020. However, the global health emergency has halted this development, and ongoing border closures and strict entry requirements across the continent have made it difficult to attraction of new airlines in the region. Once virus-related measures are relaxed, Zagreb Airport has the potential to become the regional hub for Asian connectivity.

Global air travel data provider OAG says passenger flow to and from the Far East dominated among major unserved destinations from Zagreb Airport in Asia before the pandemic. Tokyo received the most indirect passengers, more than 20,000 a year, followed by Singapore, Shanghai, Bangkok and Hong Kong. Destinations in India also performed well. Plans have been put in place for Zagreb to secure flights from some of these hubs. Croatia and Japan were negotiating an air services agreement in 2019, a prerequisite for the establishment of non-stop flights. At the time, Japan’s foreign ministry said: ‘A tentative framework has been reached until an air services agreement is concluded between the two countries. Considering the possibility and the forecast, the air traffic demand for scheduled air services between Japan and the Republic of Croatia is sufficient in the future.” 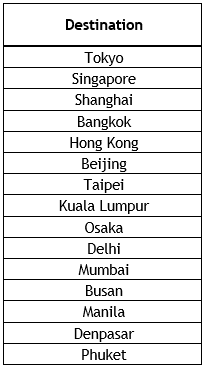 Croatia has become a popular tourist destination for Singaporean travelers who hold one of the strongest passports in the world. In addition to good point-to-point demand, a number of passengers transit through Singapore on their way to Croatia. This caused the first contact between Zagreb Airport and potential carriers in the city-state before the pandemic. Middle Eastern airlines dominated the transfer of passengers between the two cities. Emirates (during the summer) and its partner Flydubai (during the winter) carried the most passengers between Zagreb and Singapore. They were closely followed by Qatar Airways and Turkish Airlines. LOT Polish Airlines, which launched flights from Warsaw to Singapore in 2018, has also proven to be a popular choice with some of the cheapest fares on the market.

The Croatian Ministry of Sea, Transport and Infrastructure has led efforts to introduce flights between Croatia and China. The first negotiations on the establishment of the route began in 2018. “We are trying to reach an agreement on non-stop flights between Zagreb, Beijing and Shanghai. Croatia has been recognized by Chinese tourists as an interesting new destination in Europe,” said Croatian Prime Minister Andrej Plenković. , said just before the pandemic. Despite growing demand, Croatia Airlines currently has no codeshare agreement in place with any Chinese carrier, nor does it have any codeshare partnership with other airlines on flights to China. Beijing Capital Airlines, a subsidiary of Hainan Airlines, was supposed to introduce services between Beijing and the Croatian capital during the 2017 summer season, but the planned operations were later cancelled. Initially, the carrier applied for a permit for a two-week service with an Airbus A330-200.

There has also been renewed interest in flights from India to Zagreb, illustrated by indirect traffic flows from Delhi and Mumbai. Emirates’ service between Dubai and Zagreb has generated strong interest in the Indian travel market, in line with targets set by both the airline and the Croatian Ministry of Tourism to attract more passengers from the Indian subcontinent to the Croatia. Essa Ahmed, who served as Emirates Vice President for India and Nepal until the Covid pandemic, said: “Indian interest in our service in Zagreb was very strong. Tourism driven by television or cinema has really exploded in India in recent years. Filming locations in Dubrovnik featured in popular TV series like “Game of Thrones”, have seen a huge leap forward in tourist interest. These shows inspire the new breed of travelers to capture the striking landscapes they see on the shows daily and become part of the fantastical tale they love.” 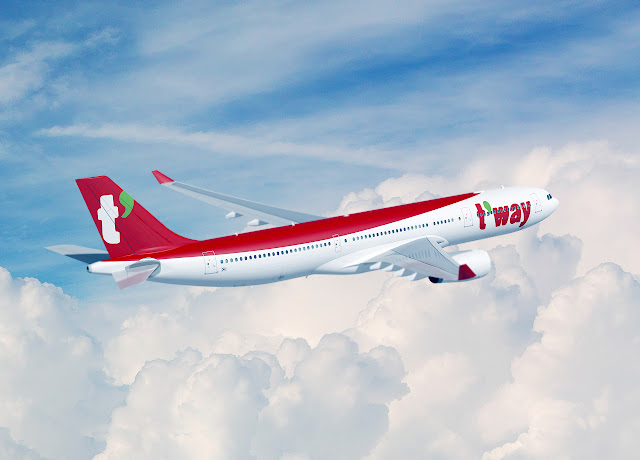 Korean low-cost carrier T’way Air has confirmed plans to launch operations between Seoul and Zagreb as the airline prepares to take delivery of its first jumbo jet, the Airbus A330-300, later this this month. The company noted that, once Covid-related circumstances permit, it will begin flights from the South Korean capital to Zagreb, Singapore and Sydney. The low-cost carrier is expected to take delivery of two more A330s this year. It aims to become South Korea’s second largest airline after the planned merger between Korean Air and Asiana Airlines. T’Way has received all necessary permits from Korea’s Ministry of Land, Infrastructure and Transport to launch up to four weekly commercial flights between Seoul and Croatia. Zagreb airport general manager Huseyin Bahadir Bedir said he believes long-haul operations out of Zagreb will be fully restored between 2022 and 2025.